UNDER COVER OF DARKNESS 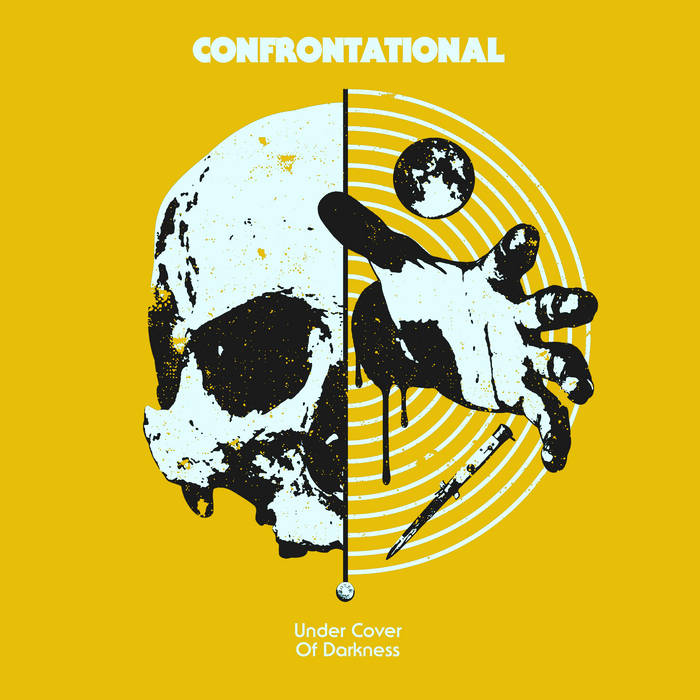 DΔN_85 Thank You so much, Massimo..!
HAPPY CHILDREN is really fantastic.!
Can't await to hear more, through the summer...

There is a thick red line that binds the worlds of darkness and disco together - a line that can be traced through some of the tracks that unsuspectingly topped international charts between 1975 and 1987, going straight from Goblin's "Deep Red" to Sabrina Salerno's "Boys." A story originated on the dance floor through lyrics that, when read through a certain peculiar angle, attest to a number of severe implications. A wild ride into the night, ripe with possibilities, fear and excitement.

UNDER COVER OF DARKNESS is a tribute to the musicians and the sounds that set the canvas for CONFRONTATIONAL to exist: a dedication to those who paved the way.

All vocals, instrumentation, programming by CONFRONTATIONAL except where noted.
Recorded between October 2018 / 2019 in Cagliari, Sardinia & Bologna, Emilia Romagna, Italy, EUROPE. Mixed at THE CRIMSON DOME.
Cover artwork by BRANCA STUDIO.

This album is for Benjamin Orr, Ric Ocasek, Robert Hazard, Johnny Marr, Stephen King and all the listeners: YOU ARE CONFRONTATIONAL.

Musical compositions are © of the respective authors and are used with permission.
Mechanical licensing facilitated by easysonglicensing.com.
Seal Of Authenticity: www.idblm.org/108540

a quick gleam
into the other side

Bandcamp Daily  your guide to the world of Bandcamp

Featuring Plunky of Oneness of Juju and Coldcut & the Keleketla! crew.